In the Vietnamese branch, the Realme officially announced the ultra-budget handset with Helio G35 at the helm debuts Realme C20. The handset is nothing but a tweaked version of the Realme C12. In general Realme C series carry forward the entry-level handsets in its segment. In terms of the price tag and the features of the handset, it did not provide a good amount of value for money experience. Anyway, let’s look into the specifications of the handset below. 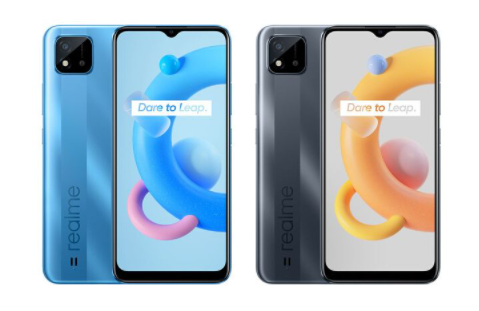 At the upfront, the handset is built around an HD+ resolution LCD IPS display of size 6.5″ inch diagonal with a dewdrop notch at the top centre. Underneath the notch, there is a 5Mp selfie camera built into it. While at the rear, the handset has a square-shaped camera module consisting of an 8MP main camera sensor and an LED flashlight built into it.

Under the hood, the system on the handset has been powered by the MediaTek Helio G35 SoC. Further, it configured as 4X Cortex-A53 at 2.3GHz clock speed & 4X Cortex-A53 at 1.8GHz clock speed which processed in a 12nm processing. Furthermore, it bundled with  PowerVR GE8320 GPU and 2GB LPDDR4x RAM. The system on the handset runs on Realme UI 1.0 based on Android 10 while it is being fueled by a 5000mAh battery with 10W charging speed.