2021 will be very interesting for Xiaomi and its fans, the company is planning for five major handset release this year. The handsets include Mi 11 Pro, Mi 11 Ultra, Redmi k40, Redmi K40 Pro and a Redmi Gaming handset. The tip has been given by a well known Chinese tipster Digital Chat Station. Meanwhile, Xiaomi has already been officially confirmed the Redmi K40 series coming up next. The launch date is not provided by the Xiaomi officials though. However, a poster has been tipped the launch date and scheduled on February 17 in mainland China. The Xiaomi official has teased the K40 series with two different boxes, one box included with the charger while another box comes without the charger. Before the handset goes official, a live shot of the handset already been surfaced and leaked two major details. Let’s have a bird’s eye view about these lakes below. 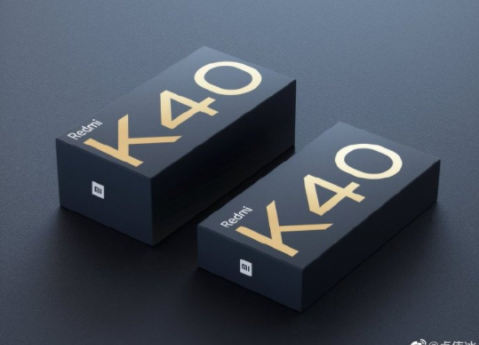 The live shot of the handset did not reveal that much about the front. However, the punch hole appears to be quite smaller. While from the behind the handset sports a rectangular-shaped camera module consisting of four camera sensors. One sensor at the top, one at the bottom and two sensors side by side in between the top and bottom sensor. Further, an LED flashlight can be seen built into the module. That’s all about the live shots, now let’s see what the rumours say about the handset.

The K40 Pro will have the Snapdragon 888 chipset

From the Xiaomi, Mi 11 became the first handset to be powered by the Qualcomm’s flagship the Snapdragon 888. The handset was announced on December 28, 2020, and has been launched on 1st January 2021. The Redmi K40 Pro handset has also been rumoured to be powered by the Snapdragon 888. Whereas, the Redmi K40 is expected to be powered by the MediaTek Dimensity 1200 chipset. Besides, on the Redmi K40 Pro, the handset will have a 2K resolution display of size 6.81″ inches. The handset has already been spotted with a punch hole at the top centre. Underneath the hole, it could have a selfie camera sensor of a 30MP sensor. While at the rear, the four-camera sensors are of a 108MP main sensor, 20MP sensor, a 15MP sensor and a 5MP macro sensor. All these rumours are based on the 12GB+512GB memory variant.