Finally, the curtain has lifted from the Vivo flagship X60 series. It includes three handsets Vivo X60, X60 Pro and the X60 Pro+. However, the X60 Pro+ didn’t make its appearance at the launch event. It expected to arrive in late January 2021, going by the X60 and X60 Pro both of the handsets are being powered by Samsung’s Exynos 1080 chipset. The chipset already shows up in multiple GeekBench tests result with Vivo X60 handset having impressive numbers. In comparison to the Qualcomm’s flagship Snapdragon 888 the difference is almost none. Vivo X60 series became the first to use the Exynos 1080 chipset. 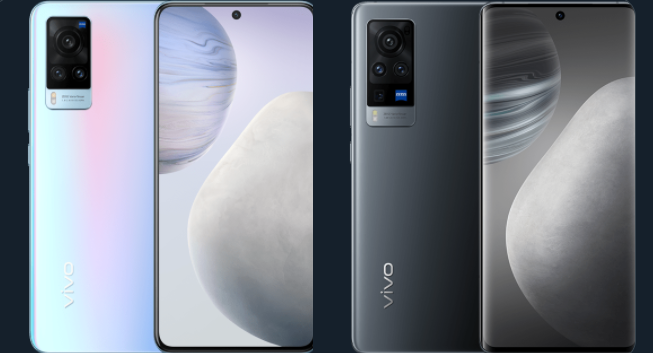 At the upfront, the handset has a flat FHD+ resolution AMOLED display of size 6.56″ inch in diagonal. At the top centre screen, there is a punch hole housing a 32MP selfie camera sensor. Further, the screen has 120Hz refresh rate support & 240Hz touch sampling rate.  While around the back, the handset has a rectangular-shaped camera module and an LED flashlight built into it. The module includes three camera sensors of a 48MP main camera & two 13MP auxiliary camera sensors.

Under the hood, the system on the handset has been powered by Samsung’s Exynos 1080 chipset. Further, the chipset bundled with 5G modem, Mali-G78 MP10 GPU and LPDDR4x RAM. The system runs on OriginOS 1.0 based on Android 11 out of the box while it has been fueled by a 4300mAh battery. Further, the system is capable of charging the phone at 33W speed(wired).

The X60 and the X60 Pro is almost the same except for the curved display instead of the flat and the camera module. The camera module on the X60 Pro having a quad-camera camera sensor expensively an 8MP Periscope lens is added. Besides, there is also a minor change in the battery department. The X60 Pro fueled by a 4200mAh battery with the same charging speed as the Vivo X60 model.

The handset is currently available in China soon expected to launch in the global market. The X60 has three storage variants while the X60 Pro has only single memory storage configured variant.