Like the Xiaomi Redmi 9, Vivo has expanded its Y20 series massively. The Y20 series includes the vanilla Vivo Y20, Y20i, Y20S, Y20A and Y20 (2021). The newly launched Vivo Y20G brings the total count to six smartphones. Going by the handset it has unveiled with the MediaTek powered Helio G80 SoC and it is being fueled by a 5000mAh battery backed by 18W fast charging. 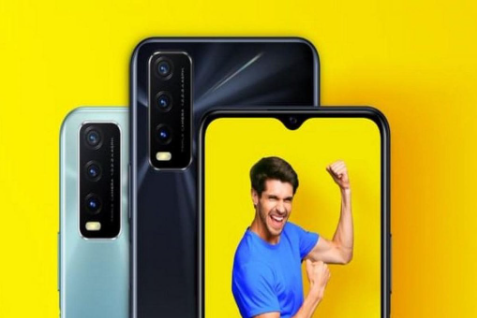 The company brought the handset in a single storage configuration. The 6GB+128GB model is selling for ₹14,990 though all Indian major e-retails and Vivo outlets. Anyway apart from the storage option, the handset is available in two colour options namely Obsidian Black and Purist Blue.

The handset overall built around in 164.4 x 76.3 x 8.4 mm dimension while it weighs around 192.3g with plastic frame. Whereas at the upfront, the handset has an HD+ resolution LCD IPS display of size 6.51 inch diagonal with a dewdrop notch at the top. Underneath the notch, there is an 8MP selfie camera built into it. While at the rear, the handset has a vertically aligned camera module of triple camera sensors with an LED flashlight built into it. The camera sensors are of a 13MP main sensor, and two 2MP auxiliary camera sensors of a depth and macro.

Under the hood, the system on the handset has been powered by the Helio G80 chipset. Further, it bundled with Mali-G52 MC2 GPU and 6GB of RAM besides the 128GB inbuilt storage. The system on the handset runs on Funtouch OS 11 based on Android 11 out of the box. Meanwhile, it is being fueled by a 5000mAh battery with 18W fast seep charging support.

As far as the connectivity options are concerned the handset has 4G & dual-band Wi-Fi support. While the rest of the option includes a micro USB 2.0 port, Bluetooth 5.0, Fingerprint sensor (side-mounted) and other required sensors including Gyro, E-compass etc.