It is officially been announced by the POCO India, upcoming POCO M3 with 6GB RAM arriving in India. Further, the announcement read the handset to arrive in the country with 6GB RAM variant only. Globally the POCO M3 was launched in November last year with 4GB RAM while offered in two storage type options such as UFS 2.1 and UFS 2.2 64GB and 128GB respectively. The handset already available globally, it does not need to unveil extensively except for the price and availability. 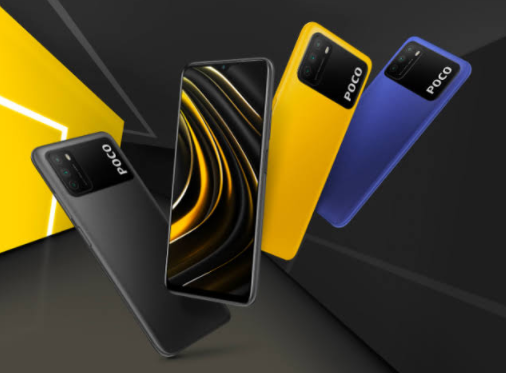 Globally the handset retails for $165.99 (around ₹12,100) for the 4GB/64GB storage variant. Whereas, in India, the handset could arrive in 6GB/64GB and 6GB/128GB storage options. While the price tag of the base model (6GB/64GB) tipped for ₹10,999 in India. The handset will be unveiled through Flipkart and will go on sale on the same day as launch. The launch event will take place on 2nd February at 12PM IST.

In case you are unaware of the specs of the handset let’s have an introduction with the handset below.

At the upfront, the handset has built around an FHD+ resolution LCD IPS display of size 6.53″ inch in diagonal. Further, it comes with 400nits of brightness, Corning Gorilla Glass 3 protection and a dewdrop notch at the top. Underneath the notch, the handset has a selfie camera of an 8MP sensor. While around the back, the handset quite inspired by the cyberpunk design. It has a prolonged horizontal camera module consisting of triple camera sensors, an LED flashlight and the POCO logo. The camera sensors are of a 48MP main sensor, and two 2MP auxiliary camera sensors of a depth and a macro.

The handset has been powered by the Snapdragon 662 chipset. While it has configured as 4x Kyro 260 Gold at 2.0GHz & 4x Kyro 260 Silver at 1.8GHz clock speed, the CPU cores are processed in an 11nm architecture. Further, it bundled with Adreno 610 GPU and 6GB of RAM. The system runs on MIUI 12 based on Android 10 while it is being fueled by a 6000mAh battery with 18W charging speed.

The connectivity option includes a USB Type-C 2.0 port, 3.5mm audio jack, Bluetooth 5.0 and other required sensors. While the biometric i.e fingerprint scanner makes its way to the right side of the handset built into the power key.